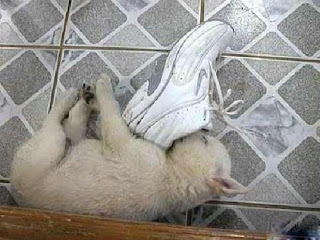 "One for the ladies :-) Three chemical engineers are out having a relaxing day fishing. Out of the blue they catch a mermaid who begs to be set free in return for granting each of them a wish.

Now one of the guys just doesn't believe it, and says: "OK, if you can really grant wishes, then double my IQ." The mermaid says: Done." Suddenly, the guy starts reciting fluid mechanics equations flawlessly and analysing them with extreme insight.

The second guy is so amazed, he says to the mermaid: "Triple my IQ." The mermaid says: "Done." The guy starts to spew out all the mathematical solutions to problems that have been stumping all the scientists in various disciplines of porous media, low tension, coating and drying problems, etc.

The last chemical engineer is so enthralled with the changes in his friends that he says to the mermaid: "Quintuple my IQ."

The mermaid looks at him and says: "You know, I normally don't try to change people's minds when they make a wish, but I really wish you'd reconsider."

The guy says: "Nope, I want you to increase my IQ times five, and if you don't do it, I won't set you free."

"Please," says the mermaid. "You don't know what you're asking…it'll change your entire view on the universe...won't you ask for something else...a million dollars, anything?" But no matter what the mermaid said, the guy insisted on having his IQ increased by five times its usual power.

~~~~~~~~~~~~~~~~~~~~
"Morris comes home to find his wife, Sadie, crying. "I found out from Mrs. Goldberg that you've been having an affair with that pretty secretary in your office. Why would you do that to me? Haven't I always been the good wife? I've cooked for you, raised your children, and I've always been by your side for thirty-five years. What haven't I done to make you happy?"

Embarrassed, Morris confesses, "It's true, Sadie, you've been the best wife a man could hope for. You make me happy in all ways but one. You don't moan when we have sex!"

"If I moaned when we had sex, you'd stop running around?! All right, come to the bedroom so I can show you that I, too, can moan during sex!" So they retire to the bedroom, get undressed, and climb beneath the sheets.
As they begin to kiss, Sadie asks, "Now, Morris, should I moan now?"
"No not yet." Morris begins fondling Sadie.
"What about now? Should I moan now?"
"No, I'll tell you when"
He climbs on top of Sophie and begins to have intercourse.
"Is it time for me to moan, Morris?"
"Wait, I'll tell you when."

"One day Bill was out raking leaves when he noticed a hearse slowly drive by. Following the first hearse was a second hearse, which was followed by a man walking solemnly along, followed by a dog, and then about 200 men walking in single file.

Bill thought about this for a while. He finally asked the man,

"Can I borrow your dog?"

To which the man replied, "Get in line."" 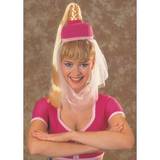 "A man was walking along the beach and found a bottle. He looked around and didn't see anyone so he opened it. A genie appeared and thanked the man for letting him out.

The genie said, "For your kindness I will grant you one wish, but only one."

The man thought for a minute and said, "I have always wanted to go to Hawaii but have never been able to because I'm afraid of flying and ships make me claustrophobic and ill. So I wish for a road to be built from here to Hawaii."

The genie thought for a few minutes and said, "No, I don't think I can do that. Just think of all the work involved with the pilings needed to hold up the highway and how deep they would have to be to reach the bottom of the ocean. Think of all the pavement that would be needed. No, that is just too much to ask."

The man thought for a minute and then told the genie, "There is one other thing that I have always wanted. I would like to be able to understand women. What makes them laugh and cry, why are they temperamental, why are they so difficult to get along with? Basically, what makes them tick?"

The genie considered for a few minutes and said, "So, do you want two lanes or four?""

"A fireman comes home from work and is all excited. He just can't wait to tell his wife the good news about a new system that they have down at the station.

"Honey!" he says, "you're not going to believe this! Down at the station we have this new system and it's so great. When Bell #1 goes off we put on all our gear.

When Bell #2 goes off we slide down the pole and jump in the fire truck.

When Bell #3 goes off we speed to the fire in the fire truck," he excitedly tells his wife.

Triumphantly he says, "We're going to do the same thing for our sex life!

When Bell #1 goes off we are going to strip naked.

When Bell #2 goes off we will jump into bed.

When Bell #3 goes off we will screw our brains out.”

"Bell #3!" (they start screwing their brains out).

The wife screams, "More hose! More hose! Your not reaching the fire!!!""
~~~~~~~~~~~~~~~
"Seems God was just about done creating the universe, had a couple of things left over in his bag of creations, so he stopped by to visit Adam and Eve in the Garden.

He told the couple that one of the things he had to give away was the ability to stand up and pee. "It's a very handy thing," God told the couple whom he found hanging around under an apple tree.

"I was wondering if either one of you wanted that ability." Adam popped a cork. Jumped up and begged, "Oh, give that to me! I'd love to be able to do that! It seems the sort of thing a Man should do. Oh please, oh please, oh please, let me have that ability. It'd be so great! When I'm working in the garden or naming the animals, I could just let it rip, it'd be so cool. Oh please God let it be me who you give that gift to, let me stand and pee, oh puh-leeez........." On and on he went, like an excited little boy (who had to pee).

Eve just smiled and shook her head at the display. She told God that if Adam really wanted it so badly, and it sure seemed to be the sort of thing that would make him happy, she really wouldn't mind if Adam were the one given the ability to stand up and pee. And so that came to be. And it was ... well, good.


"A couple who were married for years, were making love. He asked, "Dear, am I hurting you?" She replied,

"Three women are in a gym locker room dressing up to play racquetball, suddenly, a guy runs through the room wearing nothing but a bag over his head and passes the three women.

He passes the first woman, who looks down at his penis. "He's not my husband," she says.

He passes by the second woman, who also looks down at his penis. "He's not my husband either." She says, also not recognising the unit.

Every few minutes, the little boy would pop a few pieces of candy in his mouth, bite the cat on the tail, and scoot down a little bit.

"Playing truck driver?" the man asked. "Yeah, I'm popping pills, eating pussy, and moving on down the line!""
~~~~~~~~~~~~~~~~~~~~~~~~~~
" A lady walks into Tiffany's. She looks around, spots a beautiful diamond bracelet and walks over to inspect it. As she bends over the display case to look more closely, she unexpectedly farts.

Very embarrassed, she looks around nervously to see if anyone noticed her little “whoops” and prays that a sales person wasn't anywhere near.

As she turns around, her worst nightmare materializes in the form of a handsome young salesman standing right behind her.

Cool as a cucumber, he displays all of the aplomb one would expect of a professional in a store like Tiffany's.

He politely greets the lady with: “Good day, Madam. How may we help you today?” Blushing and uncomfortable, but still hoping that the salesman somehow missed her little indiscretion, she asks:

“Sir, what is the price of this lovely bracelet?”

He answers: "Madam... if you farted just looking at it, you're going to shit when I tell you the price.”"

"Late one night, a burglar broke into a house that he thought was empty.

He tiptoed through the living room but suddenly he froze in his tracks when he heard a loud voice say: “Jesus is watching you.”

Silence returned to the house, so the burglar crept forward again. “Jesus is watching you,” the voice boomed again. The burglar stopped dead again. He was frightened.

Frantically, he looked all around. In a dark corner, he spotted a bird cage and in the cage was a parrot. He asked the parrot: “Was that you who said Jesus is watching me?”

“Yes,” said the parrot. The burglar breathed a sigh of relief. Then he asked the parrot: “What’s your name?” “Clarence,” said the bird.

“That’s a dumb name for a parrot,” sneered the burglar.

“What idiot named you Clarence?” 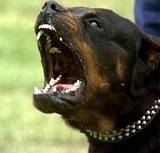 
Thanks to my lovely friends on Facebook for making me laugh out loud today. Enjoy. 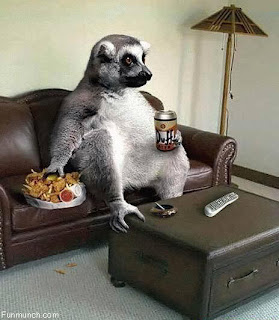