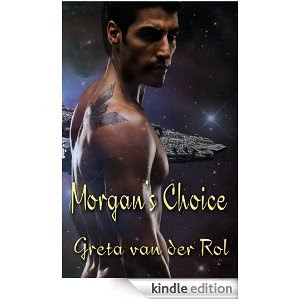 What a fabulous read. I enjoyed this work from word one and held my breath often in the journey through the pages.

The pacing is relentless, yet peppered with a wry humour and an authors certain knowledge that the characters are hers to command, and command she does. As a reader I was under no illusion that I wouldn’t react to the characterizations. You can’t help but like and care about the outcome of their situations.

This plot is well thought out, nothing jars the reader, from the outset of the novel you are caught up in the survival of the central character…Morgan Selwood…

So let me introduce her; Morgan Selwood; you won’t forget her after you are introduced; she is a character that gets into the psyche and raises more than a smile and your blood pressure... Tough, smart, resilient and in control of herself…as good a way as any to begin describing “Supertech” Morgan Selwood.

A ‘Supertech’? So what is a Supertech?

A Supertech, is bio-engineered from birth, a living, breathing, complex and at times downright cantankerous woman with a supercomputer embedded in her brain.

Make no mistakes though, Morgan is all female, and then some, added to that she possesses an incredibly high IQ and attitude to spare!

Her eyes are artificial so she can link wirelessly with a computer; her eyes see so much more than a mere human can possibly see.

Most people can’t make direct eye contact with her, she simply will not back off or look away, her silvery mercurial eyes can take the ability to speak away especially in the male of any species.

She is one feisty woman, outspoken, and not a team player if less than honorable intentions are afoot, she will ensure that someone pays the price for any lack of integrity.

So, what happens when she is in a craft that is running out of air? The Curlew, her ship, has one month left…one month before guaranteed death for both Morgan and her co-worker Jones.

Their distress signal is heard, and a rescue seems to have occurred, but by whom? The ship is taken in tow by a craft that neither Morgan Selwood nor her co-pilot Jones can be certain won’t end in death of a different kind.

An attack from another craft, and they are boarded…rescued but from what? And by whom?

The aliens appear to be almost human. With the exception of their catlike eyes, and customs that relegate the male of the species in total control of the females. Not a happy situation for the feisty outspoken ‘supertech’ her skills do not include pandering to the whims of male ego’s…

The ego of one particular male needs no stroking…Admiral Ravindra, a man of courage, integrity and power...a man that makes a white dress uniform look like it was designed with only him in mind.

Morgan discovers herself caring for this dominant man. Caring more than she believed possible.

Their relationship has much to weather. Can he trust her? What chance do they have when she appears to have betrayed his people? What lured her into believing that what she was doing was right?

I have no wish to spoil this story for the reader. It is fast paced and well written. The history of the human race and beliefs that date back thousands of years are interconnected with those of the Admiral Tavindra’s race… the Mirka.

The race known as Bunyada are their enemies…but are they terrorists…or freedom fighters?

And what of the alien ship? Who or what is Artemis? Will Morgan Selwood and Admiral Ravindra be able to defeat an intelligence created to destroy ‘primitive cultures’.

Author Greta van der Rol has a deft touch, combining a well-drawn science fiction plotline with romance and action, with enough of the romance to more than satisfy those that enjoy it, yet not compromising the integrity of the science fiction setting.

Well written, fast paced, and intriguing. I have no hesitation in recommending this to all those that enjoy a provocative and enjoyable read.

Her historical fiction novel Die a Dry Death was published by Diiarts in London in 2010. Since then, she's changed publishers. To Die a Dry Death is the same book, with added bonus material. See more…