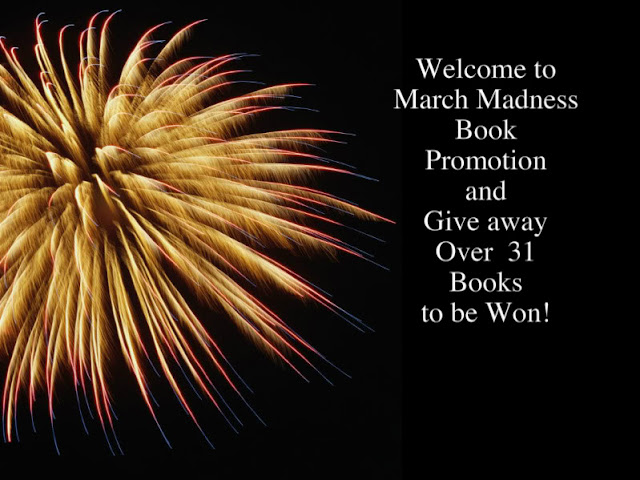 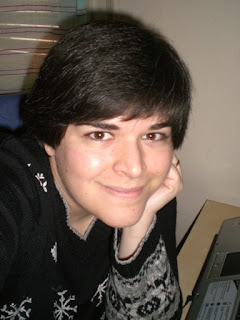 BIO:
An aspiring writer from the age of eight, Kimberly Menozzi began writing her first stories instead of paying attention in school. While her grades might have suffered, her imagination seldom did. By the time she graduated high school, she'd already written a full-length novel, and when she was twenty-five, she had two more completed novels hidden away.
After a trip to England in 2002, she began work on a new novel, A Marginal Life (Well-Lived), inspired by the music of Jarvis Cocker and Pulp. The project was completed in 2003, and is due to undergo rewrites in hopes of future publication.
Also in 2003, she met and fell in love with an Italian accountant named Alessandro. She married him in 2004. This necessitated her permanent move to Italy and she has lived there ever since. After several months of working for language schools and writing blog entries for her family in the US to read, new story ideas began to develop.
Finally, in 2007, she began work on a new project, inspired by her love/hate relationship with her new home. The novel Ask Me if I'm Happy was completed in 2009 and was first released November 15th, 2010 in the UK. The novel was re-released in the US on May 31st, 2011, alongside its prequel, a novella titled "Alternate Rialto"
Kimberly is presently at work on her next project, 27 Stages, a novel set in the world of professional road cycling. 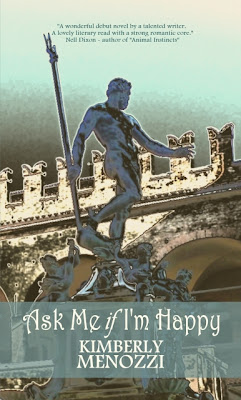 Sometimes the simplest questions are the hardest ones to ask.
Emily Miller is forced to spend a day in Bologna when she'd rather be catching her flight to the US. Determined to put ten years in Italy and her marriage behind her, she wants to have nothing to do with anything – or anyone – Italian ever again.

For Davide Magnani, chivalry isn't yet dead. He accompanies Emily to Milan, if only to reassure himself of her safe arrival. The following morning, he's stunned to realize he's fallen in love with someone he's only known for twenty-four hours – and it seems that she feels the same way.
One year later, Emily and Davide reunite. As their relationship strengthens, unforeseen events reveal deeper, troubling connections all around, which drive Emily away from the first man she's ever really trusted. Can she forgive the lies she's been told, or the truths which have been hidden from her? And how can Davide prove to her, once and for all, that Italy is precisely where she needs to be?
REVIEW:

PLUS...Join this blog and be in the running to win not one but TWO books written by your host Soooz Burke under her pen name of Stacey Danson.."Empty Chairs" and "Faint Echoes of Laughter"
Posted by Soooz Burke at 7:27 AM