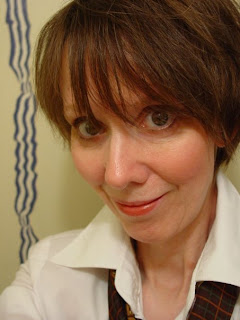 I live in a tiny cottage in a slightly larger Victorian town at the Jersey Shore. I have a master's degree in communication, worked as a journalist, and actually bought a guinea pig so I could get work editing books about small mammals. The job didn't last, but the guinea pig did. I’ve had four in the past nine years. The current two are Philip Baby-Boar and Baby Auden Baby-Boar, plump cuddlers whose chief joy in life is burrowing through heaps of timothy hay. Sigh. If only I was small enough to join them! 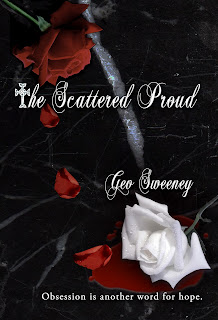 “His words were the echo of loss, and I was the place where that echo would end in an answer …”
Philadelphia, 1793: As yellow fever empties the city, fearful, young Janet Watters lives at the mercy of others, comforted by her secret love for Kid DeWaere, a rector’s son who believes that doing little or nothing to help people would be an abuse of God’s trust in humanity.
Kit’s sometimes-rash acts of service earn him a position as vicar to a covert Episcopal mission in later Revolutionary Paris. It’s a dangerous time to be religious or American in France, which has banned Christianity and is at war with the United States. And it’s a dangerous time for Janet to be reunited with Kit when her father brings her to Paris to work at the mission. Kit’s sense of justice  ̶  and his marriage to a mercurial emigrée  ̶  lead to an illusion that will change the nation and drive Janet from the boy of her dreams to the man of her heart.
Book Review on Amazon and B&N

A tender tale of longing and disappointment. Beautiful!
The only thing I regret about buying this book is that it sat on my 'to read' shelf for as long as it did. From the moment I was introduced to the heroine, Janet Watters, as she looks down from her window upon the coffin filled streets of Philadelphia, I was captivated. The imagery is so crisp, so poetic. The book begins in 1793, when "the yellow fever was emptying Philadelphia with the zeal of a child gouging out a pumpkin." Janet, a mere thirteen at the opening of the story, is painfully aware of her insignificance. At the same time, she is painfully aware of the longing she bears for the young Kit DeWaere, a friend of the family, and a young man several years her senior. Beyond her reach, "Kit DeWaere was a cherished agony," destined for greater things than she could ever aspire to.
One tragedy follows another as we follow our heroine from plague infested Philadelphia to the tumult, terror and chaos of Revolutionary France, where she is, after a long absence, reunited with the now married Kit. No longer a child, Janet has grown into a young woman with her own ideas and aspirations, humble though they may seem. Subtly and by small means, Janet becomes, through trial, heartbreak and experience, and almost without our realising it, a figure of great significance in the lives of those of her acquaintance, the shining light in the lives of those fortunate to be touched by her selflessness and kindness. And yet, as a true heroine ought, she never suspects that this is so.
This is a tender tale of love and longing, of frustration and disappointment, of heartbreaking tragedy and suffering. Of overwhelming joy despite the obstacles that beset us on life's journey. I found this story, and the gorgeousness of its telling, a refuge from the confusion and conflict in my own life.I was sincerely sad to close its final pages.
The Scattered Proud is a beautiful, beautiful book. A tale masterfully told and eloquently written. A gem among modern historical fiction!
Purchase here: