VOTING is NOW OPEN!! What is this sex of these authors? 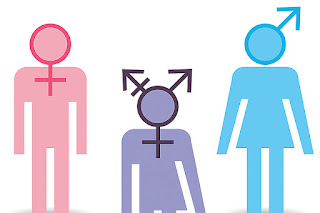 How intuitive are you? The challenge of this contest is to pick the sex of the author. Below you will find 3 excerpts from 3 very different authors. Can you pick the gender of the authors.


The first entry with all 3 correct will be declared the winner, and the prize is an personally autographed paperback copy of my soon to be released book—“Acts Beyond Redemption.” The first book in the ‘Unintended Consequences’ series.


Firstly if you are not already following my blog, please do so.


The vote will be in the comments section. Set out is simple.


As a matter of interest please include beneath these choices a brief outline of why you reached that conclusion. You will not be judged on your reasons for making your choice, this is simply for interest sake. Did you rely on purely ‘gut instinct’ perhaps? Or do you have a more detailed reason?


I’m certain you will enjoy the excerpts, and frankly I don’t envy you the task of choosing the gender of these authors. Have fun…and good luck. Here we go!


My father, I regret to say, tended to drink more than he should. He would become bold of speech, losing sense of what was appropriate for time and place. One day he brought home a dinner guest, a priest who had survived a mission to the Philippine Islands. I remember my brothers and I sitting at the table, enthralled by his tales of exotic lands and people. We failed to notice how much wine our father had had to drink until he made a crude remark to my mother. It doesn’t matter what he said. What matters is the effect it had on my mother, who first went the color of mortar and then the color of an open wound. The blow of the remark, my mother’s face, and the silence that followed made me nearly sick with fear over what would follow. Would Father beat her, as he was wont to do? Throw things at her, as he was wont to do? Call her a whore, as he was wont to do? And—remember!—it was all happening in front of not a mere guest, but a priest, a servant of God whom we were all brought up to respect through word and deed.


As I slouched over my plate in mid-chew, not knowing if the turmoil inside me would manifest itself through nervous laughter or the expulsion of what I’d just eaten, the priest, with no show of offense or condemnation, recalled how, on Good Friday, some of his converts proved their commitment to their new faith by processing through the Stations of the Cross, each carrying his own cross. They said prayers and sang hymns, and in the end, each man lay full length upon his cross on the ground and allowed his friends to nail him to the wood. The crosses would then be lifted up and the crucified left to stand for nearly an hour.


It was quite an event to describe to young boys, and the gruesomeness of the account certainly did distract from the gruesomeness of Father’s assault upon Mother. But if I’ve remembered the missionary’s tale all these years, it’s not for the horror of either the tale or the dinner. It’s for what the priest said as he ended his testimony.


The men withstood their crucifixion in silence, he said. There were no screams, no moans, no tears, no dramatic invocations to God to end their suffering. But there was suffering, all the same. Nails were hammered through hands and feet. Blood flood. Bodies writhed, involuntarily, with every blow. ‘You see the agony of others,’ the priest said, ‘and you want it to end, yet you can do nothing to end it. All you can do is pray for them to continue to endure with grace and courage. And as you stand there, praying, watching, willing them to survive, you realize it’s not the person in torment who finds courage.


And as you stand there, praying, watching, willing them to survive, you realize it’s not the person in torment who finds courage and comfort. It’s you yourself. The person in torment, acting with grace and courage, has already found what you want him to have. You are the one who is comforted, because the grace and courage of the sufferer give you more heart and consolation than any prayer can bestow.’


Rose dropped her empty basket next to the fish boxes to be filled, stretched her arms and gave a long, wide yawn.


“You know, sometimes,” she said to Jessie, who was scraping some scraps of fish from the bottom of her own basket, “I think I’d like to be workin’ in a manufactory.”


“Aye, and they’d pay you pennies for workin’ all God’s hours.”


“Who’d let you into their parlor?”


Rose smiled and pushed at Jessie’s arm, then started back as two young boys came racing between them, jumping over their baskets and slithering among the fish scales on the cobbles. One half-fell but was on his feet again before the other could catch him and they ran on their screaming way.


“Strange that we’ve had no children of or own, isn’t it?” said Rose.


“Count your blessin’s,” replied Jessie, pointing after the two boys. “Would you want to be havin’ that day and night, year after year?”


There was a sadness in Rose’s eyes.


“Aye,” said Jessie, reaching over and gently pushing her shoulder. “But think of what we have to do for it.”


“Well, how much pleasure have you ever had out of Joe?”


To her surprise, she saw tears in Rose’s eyes.


“Oh, now, come on, darlin’,” she said, moving beside her and holding her close. “If you want bairns, there’s still plenty o’ time.”


Rose shook herself and dabbed fiercely at her eyes.


“Doesn’t have to be,” said Jessie, leaning to whisper in her ear. “Look at it. Men everywhere. One of them’ll oblige you. You’re a fine-lookin’ woman.”


Their intimacy was broken by Jack Dorner, one the clerks of the trawler company they carried their loads for.


“Stopped for the day, have you?” he said, coming up beside them.


“We’re waitin’ for the baskets to...” Jessie started.


He shook his head and raised a hand to stop her.


“We need a horse fetched down from the stables. Off you go, Rose. Quick as you can.”


He turned and went back toward the office.


“You know,” said Jessie and she thrust her hips back and forth.


Rose rubbed her hands on her rough apron to dry them.


Rose kissed her on the cheek and set off for Union Street.


It happened again, today, in Morrison’s. Her shopping totalling £4.44.  How did she do that?  In the hardware shop too she bought some cutlery and some tacks and nails for some old art canvasses and it came to £9.11. It was the way the assistant said, that’s nine-eleven please, without register, not a visible one anyway.


It happened with her father too, the numbers.  He used to speak about it.  ‘No accident in numbers, Marina,’ he’d say.  ‘They have their own beauty and mystery. The universe came into being because of mathematical precision.’


He would have known about that. Clocks were his business – the selling and repairing of them. He loved the intricacy behind a watch, poring and probing its cogs and wheels under a magnifying glass, like it was a brain or heart that needed to tick again.


She spoke with him on the morning of that fateful day.  8.9.89.  As if the pattern in that sequence wasn’t enough, he phoned her at 8 minutes past 9 in the morning from a pay phone on London Paddington station, in the days before the ubiquitous mobile phone.  She remembered it was that time. Those numbers.  He’d phoned to report on her uncle, his brother, who was stable in hospital after a gruelling ten-hour operation to remove a tumour from his face.  ‘He wanted to send his love to you and Dale and little Thomas.’ She doubted somehow her uncle, her father’s brother, would have managed to speak after such an operation but they were, to all intents and purposes, her dad’s last words before dropping dead on the Paddington to Penzance service. Overshot his station by a good many stops, to arrive cold and off his perch at Penzance, the terminus.  When they returned his belongings, his watch had stopped at 8 minutes past 9.


Morning or evening, nobody knew.


The foundation stone of her life, gone.


But he’d seen things to be proud of – hadn’t he? – her art degree, her wedding, her child.


Did she somehow know that the happy bells of the wedding would one day turn into a sad bell?  A funeral bell? The weather was all wrong at her wedding, wasn’t it? When it rains at a funeral people say the weather is in sympathy with the dead, when sunny they say it is so-and-so smiling down, when it’s sunny for a wedding they say it’s heaven shining down on the newly-weds – but rain at a wedding? Everyone knows that’s a bad omen, don’t they?