I am delighted to present Teresa Geering as my first 'showcased' author for 2016.

Teresa, or Tee, as she is known to her many friends and fans has long been a favorite of mine. I am so pleased to have this opportunity to showcase her work. 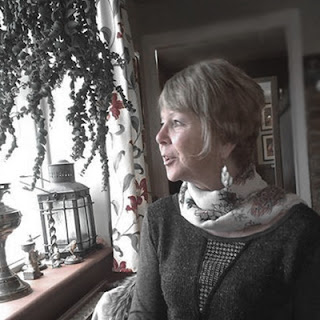 
T. K. Geering began to write seriously about five years ago. Paranormal fantasy wasn’t a natural choice, it was more of an unexpected curve ball, but she relented and accepted that fantasy had chosen her. From there, Tee moved on to crime with a sprinkling of romance. In her opinion, every good story has to have a romantic interest somewhere within.
In the past she has lectured to ‘A’ level and Performing Arts students on creative writing. It became an extremely interesting sideline and gave her a natural break from editing, reviewing and writing.


Whilst interviewing a publisher for the writing group Tee belonged to, she was delighted to hear that they were head hunting her for publication of her books.
The rest as they say is history.


T. K. Geering writes paranormal romance, fantasy and crime and is a previously published author. Her writing style has been compared to J.K. Rowling and Jean M. Auel, and her books are now sold worldwide.

One of my resolutions for 2016 is to complete two books, which are both partly written. One is a crime novel and the other is a crime fantasy. Then I have a new project in mind, which concerns the life and times of one of my ancestors who was known as the Murdering Mother. She was hanged in 1849 for poisoning her husband and two of her children to get her hands on the sum of £20. A fortune in those days I guess. 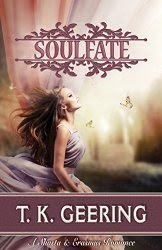 “Shasta's life takes a supernatural turn when she meets a stranger in her tiny village. Her newly adopted stray cat is hostile toward the enigmatic Erasmus, thus betraying a paranormal essence. Naive, unprepared for love or a soul-mate from the past and future, Shasta is plunged into a reality where realms warp and meld, and where she is their conquest. Time is not linear and love is never simple.

In each life the lovers walk, a wise woman may have the answers. She has known Shasta through every era and continually meets Erasmus in different guises. When Erasmus is put under a book spell, she becomes his keeper.


True love can cross oceans, make the fixed malleable and warp boundaries. When the soul and fate collide, Shasta falls in love with her Soulfate....”

Beautiful, mythological, left me wanting more
Erasmus is a powerful man. Born during a storm, as he grows up he realizes he has extraordinary powers. He determines he can travel through time, and goes into the future to meet the love of his life, Shasta. Erasmus and Shasta were born on the same date, at the same time, many years apart. They fall deeply in love, and marry. But all the while, Hesper, the begger boy Shasta takes into her home, shows disdain for Erasmus. Who is Hesper, really, and who is he to challenge Erasmus the Omnipotent?

Reading this book was an unusual experience for me. The book is written unlike most modern fiction, where the goal is to create a personal bond between reader and character. Instead, The Eye of Erasmus reads like an ancient myth, slightly removed from the reader because it is sacred, scriptural almost. I loved that aspect of the book; it gave me a feeling of enlightenment and awe.

The book uses language that allows the reader to determine the place and time setting, which I think is fantastic. This allows every reader to paint their own version of Erasmus and Shasta, which in turn does allow the reader to have a personal investment in the story. This story has a quiet, solemn power about it, and I felt myself pushing through drowsiness to read on late into the evening. There was no way I was going to sleep without knowing what was to happen.

The book is written in such a way that I think it will appeal to a large variety of readers. There are some fantasy and supernatural elements to the story, so those fans will enjoy. There is romance, so those readers will love it as well. As because of the mythos involved in the story, I believe it will greatly appeal to classical literature fans, historical fans, mythology fans, and readers who enjoy classic storytelling elements in writing.

To me, this feels like the kind of story that can be passed on for many generations. The fact that there are 2 future installments planned for Erasmus' story leaves me breathless with anticipation.

Let's be honest, who wouldn't fancy a go at time travel, if offered the chance? Most of the population, right? Well, if you read this first offering from English wordsmith, T K Geering, you will get the chance!
Soulfate is one of those books that I really wish I had written. Reminiscent of the great fantasy tales of yonder (only better than most), it has already been drawn comparisons with Rowling and Auel. Geering creates a world, which is inhabited by a cast of characters and a mesmeric world which are all richly described so as to become thoroughly real.
The hero, Erasmus, is a carefully constructed and multi-layered hero, who although could be described as vain and a little selfish, is impossible not to like. And Shasta - dear, sweet Shasta! As the narrative pulls you relentlessly in, you find yourself living each page with the lovers, and relating to them like you would a close friend or family member. Although not my usual genre, I was quickly hooked and cannot wait to read the subsequent parts of the trilogy.
Part of the reason for this maybe that although Erasmus cries out fantasy from the cover, to the names, there is really a darn good, twisting and turning, thriller in there, all wrapped up in a love story. In fact there is something for everyone. If you simply like reading good books, then this is one for you. Highly recommended. A must read. 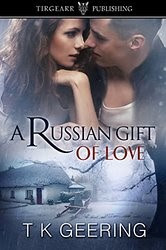 Appearances can be deceptive.

Vicky is a successful published author, but this is just a cover for her real job. She is a Detective Chief Inspector dealing with espionage and anti terrorism.


The handsome firefighter Nick moves into the cottage next door and they become friends. Due to an ankle injury he ends up spending Christmas with Vicky who is nursing him back to health.


As the snow falls heavily, they find themselves snowed in and their friendship turns to intense love. Nick, a secret Russian sleeper, has a contract to fulfill and the hit is Vicky.


5 Star Reviews for A Russian Gift of Love.


Short, sharp and fast-paced. An enjoyable experience to read.


A Russian Gift Of Love is a complex short story. The author T.K.Geering has compacted a fast-paced read, without losing any of the impact of the storyline.


Victoria Houseman is to the casual observer a published author. An author, who likes to isolate herself when she works. Yet we are made aware that whilst she loves writing, and has proven herself to be adept at it; it shields her other life.


A life where she works undercover to combat terrorism and major crime syndicates. She is a DCI and has earned her rank the hard way.


Christmas holidays are fast approaching, and Vicky looks forward to being on her own. The wind down time essential in such a stress provoking lifestyle. Fate has a way of stepping on plans.


Meet Nick aka (Nickoli Morozov) Vicky’s new neighbor, who has his own deadly secrets to keep. His orders … simple … Kill Vicky Houseman.


A Christmas blizzard, and Nick’s unplanned fall sees the two people pulled together from necessity. Nick's badly sprained ankle brings about changes neither of them could foresee. The combination of enforced isolation, a blazing open fire, good wine and great company begin to affect both of them. But … Is it enough to alter what all their training has prepared them to do?


I will not spoil this for you, suffice it to say that what follows will urge the reader on to an unexpected conclusion.


No words are wasted


Vicky leads a double life. She is a Detective Chief in espionage and terrorism, but she tells people she is an author. She really has written and had published six books and this is what she wants the public to know about her. Nick, the handsome firefighter next door also leads a double life. His other life includes being an assassin for the Russian mafia. His current hit is Vicky. When he sprains his ankle and spends Christmas with Vicky, they fall head-over-heels for one another. Will Nick be able to complete his mission?


This is a beautiful short read where no words are wasted. The character development is divine and the reader can feel the emotions of both Nick and Vicky.


This is a fantastic allegorical story where the heroine is being given another chance at the journey. The secondary characters are also important throughout the story and help with the progression of the action in the tale. Once started, this reader could not put it down.
This is an exquisite love story with a twist! T.K. Geering certainly knows how to deliver an exciting read.


Buy The Russian Gift of Love on Amazon:


My Publisher (My personal page)