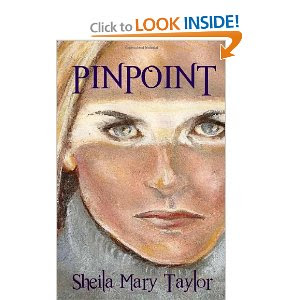 Julia Grant is a widow with a six year old child. She is also a defense attorney, and damned good at her job. She works long and hard for her clients, yet never loses touch with the fact that her daughter needs her even more than the clients do.
Julia has a blurred past, a period of time that she cannot recall in detail, it is so painful she has blocked it from her mind. Her life is incomplete. Julia’s new client holds a key…a key that may unlock the terror her mind has refused to remember. What is this connection between her and this murderer…why does she feel so compelled to help him?
In spite of her best efforts the case goes wrong. He is found guilty and sentenced. The man “Sam Smith” turns on her, threatens her life and that of her child, he is vicious in his desire to punish her for failing to gain his freedom.
Author Sheila Mary Taylor has written an exciting, well researched and fast paced psychological thriller. You can feel the menace emanating from her client. I have no wish to give away the meticulous crafting of this plotline, suffice it to say that Sam Smith is far more than he appears to be.
He has a connection to her…but what could it be?
The author lulls us into a sense of well being, the man cannot wreak his bitterly voiced revenge on Julia from behind prison bars, we breathe a sigh of relief…we breathe a sigh too soon. He escapes on his way to lock up.
My pulse rate took a while to settle down even after the thrilling conclusion. I refuse to spoil this for you. The ending and the climactic journey to reach it is some of the best thriller writing I have read in a very long time. A must read 5/5 ranking.