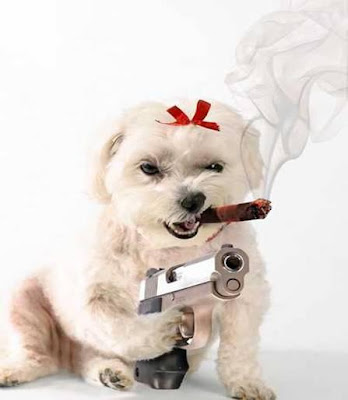 VIOLENCE IN LITERATURE – WHEN IS ENOUGH, ENOUGH?

We live in violent times. We always have done. Violence is central and organic to the human story. Inhumanity is integral to our plot.

Twelve thousand years ago, our ancestors were painting battle scenes on the walls of caves in Spain. Today, we have a world wide web and twenty-four hour news. This week alone we’ve seen anarchy in the UK, massacres in Syria, Pashtun-Urdu violence in Karachi, and fresh revelations about torture camps in Zimbabwe’s diamond mines.

If you ask me – and somebody did, writing about violence is an entirely rational response to the world we live in.

Writing violence for its own sake? Not so much.

So when is enough, enough? And how much is too much? The only sensible answer is, Well, it depends.

Followed sharply by But I’ll know it when I see it.

“Was that as good for you as it was for me?”

Like most adults I know, I’ve been a victim of minor violence. And like many women, I’ve also experienced sexual abuse and assault. The first time it happened I was thirteen-years old. On the unspoken sliding scale of such things, it was nothing to write home about. What’s being held down and felt up by three curious and frustrated boys compared to all the truly awful things that happen?

Lately, the awful things have inspired me to write a book called Puta, and I believe the level of violence in my work is entirely commensurate with the events I’m responding to.

In Texas, for example, in a small town only an hour’s drive from my family’s trailer park, an eleven-year old girl was gang raped on at least six different occasions at the end of last year. Up to twenty-eight men and boys may have been involved. Last time I looked, nineteen had been arrested. Mostly on the basis of souvenir cell phone movies.

Residents defending the accused have blamed the victim, suggesting she dressed inappropriately and enjoyed her starring role in all six entirely innocent gang bangs. Failing that, of course, they blame the little girl’s parents.

An hour to the east, a teenage cheerleader was kicked off her high school squad for refusing to cheer for her rapist. The highest courts in the land have supported that decision.

And this week in San Angelo, Texas, polygamist sect leader Warren Jeffs has been sentenced to life in prison for sexually assaulting two underage followers he took as “brides”. He sexually assaulted one of them pregnant.

And then there’s tip-of-the-iceberg headline grabbers like Operation Delego.

In other news, Afghan women continue to set themselves on fire in protest at life in the Middle Ages, and Saudi Arabia is still the biggest women’s prison on the planet. Apparently human rights are more of a guideline when that much oil is involved.

When they’re not jailing women who choose to drive their own cars, the Saudis have also been helping “keep the peace” in Bahrain where a twenty-year old woman was arrested, imprisoned, and tortured for reading a poem in public. After she was forced to apologize on TV, Ayat al-Gormezi was sentenced to another year in prison.

Meanwhile, India has again been shown to have criminally high levels of female infanticide and a culture of sex-selective abortion tantamount to gendercide. Indian girls lucky enough to survive their mothers will find domestic violence endemic, and police unwilling to intervene except in extreme cases.

Before you start feeling too good about life in your safe European home, consider what the UK charity Refuge has to say. Every week in England and Wales, two women are killed by a current or former partner and ten more women commit suicide as a direct consequence of domestic abuse. That’s more than six hundred dead women a year. And if there are children in those homes, half of them will be abused too.

So when is enough, enough? I’ll let you know when I see it.

Enter DEMETRIUS and CHIRON with LAVINIA, ravished; her hands cut off, and her tongue cut out

I’m not going to argue that violence in literature is a feminist issue - although obviously it is. But my lifetime of reading has taught me a general literary truth. Straight men are killed for money - everyone else is killed for fun.

So here’s where I draw my line: Münchausen misery lit, serial killer shite, and any other bad and dishonest writing that tries to turn rape and torture into money.

Violence against women and children? That’ll do nicely. A fresh perversion or a novel brutality? Sign here. Who cares if we’re dehumanizing real victims and trivializing their suffering until it becomes another tired trope?

And you, Joe Formula, don’t tell me what you’re doing is different. Don’t tell me it’s art. It isn’t, and you’re not. You’re selling cheap holidays in other people’s misery and propagating the idea that women and children are born to be victims.

The books that defined the modern serial killer era - Red Dragon and Silence Of The Lambs - were written in the eighties. Jeffrey Deaver jumped on the bandwagon long ago. Writers as fine as Michael Connelly and John Sandford and prolific as James Patterson Inc have sprayed their various scents all over the genre. It’s time you rape-torture-porn idiots realized it’s over. Let go. No one listens to techno anymore either.

Michael C Hall’s Dexter – as opposed to Jeff Lindsay’s poorly written original - is giving you bums and losers the last rites, executing serial killer stereotypes season after season. Why not see if you have the talent and creativity to summon up something new?

Dennis Cooper did. Poppy Z Brite did. And so did Bret Easton Ellis.

“I'm into, oh murders and executions mostly. It depends."

When he wrote of rats and nail guns, Ellis was - he says - both building a performance art commentary on contemporary life and being entirely gratuitous. At one and the same time. The latter claim may have been an attempt to move his art off his publisher’s page and into the news media but, either way, Patrick Bateman’s matter-of-fact brutality is entirely in keeping with his obsessively detailed point of view. Actual or imagined, they’re rich with verve and humour.

In American Psycho, way too much is just about enough. It’s a splendid read - if you don’t throw up - but guess what? It’s been done. We’ve seen the movie, we’ve got the tee shirt. And we don’t need your witless variations on the theme.

Or to put it another way, Cliffs:

We’ll know it when we see it.

Evangeline Jennings is an opinionated bitch who tells lies for fun and profit.

She lives a glamorous transatlantic lifestyle jetting between a disused grow-house on the Welsh island of Anglesey and a trailer park on the fringes of Houston, TX.

The topic is open for discussion. Your opinions and observations are most welcome.