Topic: Violence In Literature; when is enough, enough?" My guest is Author, Diane Nelson 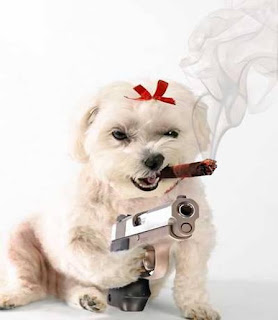 Violence in Literature, When Is Enough, Enough?

My name is variously Diane Nelson, Nya Rawlyns and T.S. Bond. Under “DN” I write squeaky clean YA fantasy—no sex, a few misdeeds, errors of judgment, consequences and betrayals of trust. It’s Hardy Boys, Nancy Drew era stuff. I grew up with it. I like writing it. And I really like that it’s resonating with teens. I have fans clamoring for a sequel.

Does it mirror, in any way, shape or form, the realities that teens face today? Oh heck, no. Does it teach life lessons—that there are consequences for one’s actions, that you are defined by the choices you make, that trust is something earned, not bestowed—yes, it does. And I opted not to resort to overt violence to drive home any of those life lessons. Violence, stylized or otherwise, did not serve the story, and quite honestly, even if it did, I would have made the conscious choice to find another way of telling that tale. Why? Because I believe in offering teens alternatives to what has become a social milieu awash in violence of every sort: bullying, media (TV, music, movies, video games), dysfunctional families, sexual harassment, and sexualization of young girls and women.

Does that mean I never use violence in telling my tales? Well, as NR and TSB, I write erotica tinged with violence—both psychological and physical—and action-adventure dark urban fantasy awash with sexuality and mayhem, and with a certain moral flexibility imbued in almost all of my characters. The protagonists (and antagonists) are rarely mainstream, rather they exist on the margins of society, sometimes by circumstance, often by choice, and almost always the rules as we know and understand them do not apply. Because when civil society fails—either in part or in whole—violence often accompanies the disintegration of mores and rules of law. It is at this juncture, where chaos threatens survival, that—like Shan Yu—we meet the ‘real man’.

This is the premise for Dance Macabre, a noirish erotic story from Dancing in the Dark: An Anthology of Erotica. Angel, a fortyish ex-mob enforcer, raised and nurtured in a culture of violence herself becomes the victim of a shocking episode and flees to South Beach to rethink her poor life choices. She falls in with a lesbian porn star and her significant other who give Angel the second chance she needs. But Angel cannot escape her compulsions and need to live life on the edge. A blind date leads to her incarceration, where psychological manipulation and torture push her to the limits of her endurance … and her own dark desires. The story explores the boundaries where pleasure and pain become indistinguishable, where one’s own sexuality and sensual hungers override and swamp the instinct to survive, and dominance and submission will be decided by the flip of a coin. The violence, both physical and otherwise, is administered with serial killer deliberateness, to drive the plot and to accentuate the control one human being can exert over another, especially when that control is a shared set of behaviors. It explores the ritualistic nature of consensual power exchange, even when that occurs within the acceptance of violence as a valid model for social intercourse.

We’ve approached this topic straddling several divides: could I, should I, would I? We’ve all agreed that human history is violent, it’s part of the ‘human condition’, that life mirrors art and vice versa, that when it comes to ‘enough is enough’, we all ‘know’ at some intrinsic, moral level where the boundaries are and that crossing a boundary is a matter of choice, intent, purpose. We eschew imposing social boundaries in favor of individual rights/choice because the alternative to choice is censorship. We eschew censorship because we deem the individual to be the ultimate arbiter of what is acceptable, until that paradigm fails and the repercussions fan out to encompass the collective.

Could I have told Angel’s story using no violence whatsoever? No, because her history, her upbringing proscribe who and what she is. To be true to that character required taking the added step of crossing certain boundaries into sexual manipulation and torture. Should I have gone further than I did? Possibly, but that would have teetered on the edge of prurient. To do more would have diluted the impact of the stranger’s manipulation and control. Would I have gone further had it served the plot and advanced the characters’ development? Yes, with the caveat that when it comes to sexuality and violence, my opinion is that often a minimalist approach is better.

I tend to think cinematically. And realistically. My characters are never so devoid of humanity, never so outside the realm of what is physically and emotionally possible, that I would risk pushing the boundaries to the point where suspension of disbelief collapses entirely.

Case in point: Greg Rucka’s latest Queen and Country novel: The Last Run. Tara Chace, a British secret service agent, has one last mission before retirement, sending her to Iran where she’s shot and seriously wounded and spends the bulk of the book on the run, using various MacGyver maneuvers to keep herself going. While I’m generally willing to go along with the ‘special’ in special agent, the level of violence and mayhem she endured stretched my credulity to the limits, and I found myself huffing with disappointment at the end. I wanted his usual tight, very cool spy story but instead confronted innumerable ‘you’ve got to be kidding’ moments. The upshot is that any future Q&Cs will be kindlesized before I shell out dinero for hardcopy.

I believe that if you use violence to advance the plot, then as an author one needs to understand how the actual act/scene is crafted/choreographed, what the outcomes are, what the psychological fallout from creating an atmosphere of victimization might be, and whether or not it adds to or detracts from the tension.

To answer the question: when is enough, enough? As usual, equivocation is the name of the game. I will add my ‘it depends’ to the list, with a tendency to stay on the ‘less than’ side of the equation. Not because of superior moral and intellectual acuity … but mostly because, for me, less-is-more works better for my style of writing.

As with everything … your mileage may vary.

Diane Nelson (and all her personifications) has a solid background in technical writing. Leaving corporate America was easy. Writing was and always will be my singular passion.

Her titles to date: