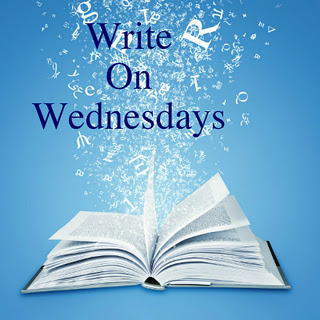 Welcome to Write On Wednesday's # WOW for February 8th 2012.
Anyone can play along.  It's simple , (well it is once you've done it a few times). It takes very little time and presents a great opportunity to promote your own work and the work of an author you have recently been reading.

Just do the following: 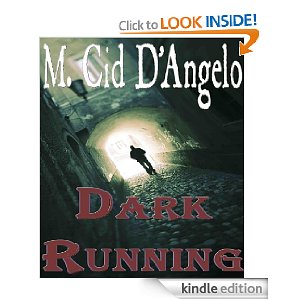 Teaser 1 for this week ..."Dark Running" by M.Cid D'Angelo
Suspended – shadow in light – in a shower of glass. Pain, yes, but not enough to matter, and although the headlong crash through the bottom window dazed him, the sorcerer never thought he might actually die. Gasping, he cast his hands outward, a shiver of blackness rippling the air like a miniature tsunami. The glass he’d broken in his fall pulled back from the concrete and reset itself intact in the pane behind him.

He took a breath – two – he was ready. Now he was ready. It wasn’t going to catch him off-guard again. He snapped his head at the dull glow of the lamps along the walk through the park.


Buy Dark Running here.
TEASER 2. I HAVE OPTED TO PROMOTE ANOTHER BOOK I HAVE ENJOYED  rather than my own work this week. 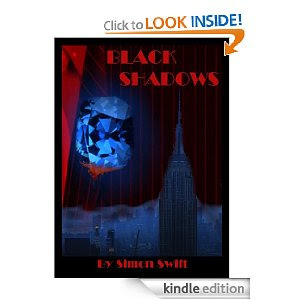 23 October 1935
Newark, New Jersey
When the shooting started, I was tucking into a nice, bloody
porterhouse steak. A generous portion of mashed potatoes, string beans
and turnip accompanied it, swimming in the tasty juices from the meat.
A half empty bottle of claret stood in the middle of the table and a
basket full of bread rolls sat at the edge. Three other men were eating;
Terry Shadow was on my right, a small, wiry Irishman faced me, and
Dyke Spanner was next to him.

The first few shots took us by surprise, but as they were not meant
for us it did not really matter. A small man dressed in a brown suit was
firing a pistol, but it was his partner, a larger, angrier, uglier man that
was doing the damage, pumping the room full of shotgun blasts. Three
of their intended targets were sitting in the far corner, and were all badly
hurt in the opening exchange.
Buy Black Shadows here..
Posted by Unknown at 6:48 AM