My Featured author this week is Lucy Pepperdine aka Jillian Brookes-Ward with her new Horror Novel.."OFFSHORE" 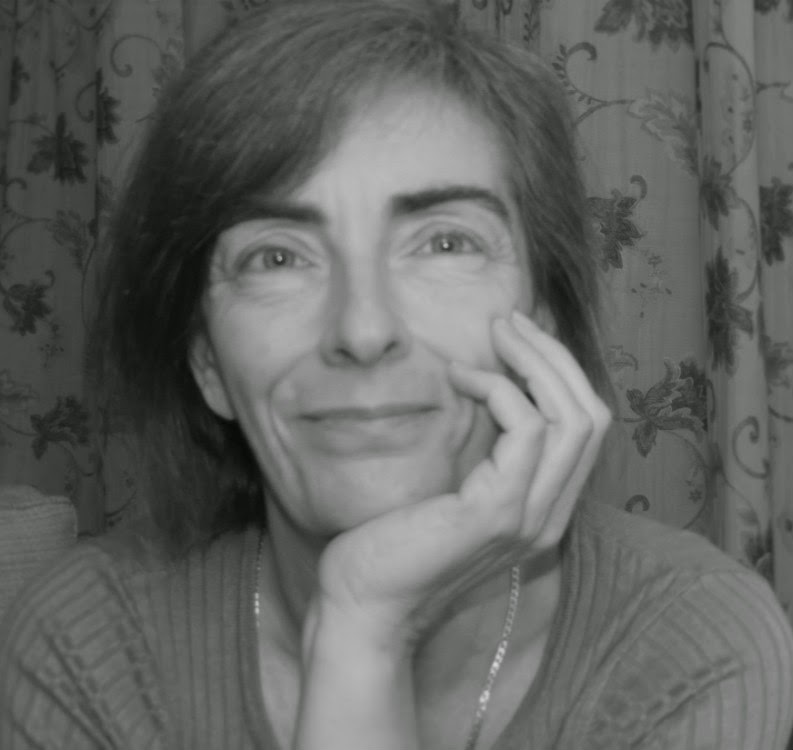 A former Medical/MedicoLegal secretary, she gave up the 9-5 rat race to pursue a writing career inspired by her locale and the people around her. A good move as it turns out because it has yielded nine books so far, ranging from contemporary romance to psychological drama and raunchy riverside romps, to the gut wrenching horror of OFFSHORE under the pen-name Lucy Pepperdine.

When Jillian is not writing she cares for her home and family, and takes long walks in the parks and on the beach with her dog, her writing buddy and constant companion, Wee Archie. Jillian is also an avid supporter of and fund raiser for military charities Help for Heroes and Combat Stress.

Nine people are assigned to Falcon Bravo, a decommissioned oil rig 250 miles out in the North Sea, to undertake routine maintenance. Eight men and one woman, until the mystery on the sub-level makes itself known. Salvation comes in the form of an unsuspecting crew member who provides the creature with its first proper meal - himself.

When caught in the act of feeding on a crew member Euterich knows the game is up and it is only a matter of time before he is hunted down and killed. Now the demonic shapeshifter has only one desperate objective in mind, to perpetuate his kind while he still can. He needs to get the body count down to one man and one woman, but is that one man human? Offshore, it is isolation, thrilling and visceral tension, and a place where no escape is possible. 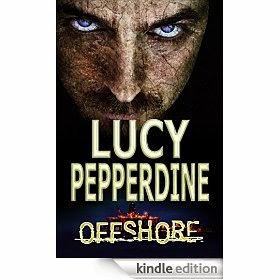 MY REVIEW OF OFFSHORE.

I have long been a fan of this author’s writing when penning her Romance novels and Psychological dramas under her own name of Jillian Brookes-Ward.

To say I was curious and interested to read this novel a Horror/Thriller under the name of her alto-ego Lucy Pepperdine would be more than accurate.

I enjoyed Jillian’s Romance work and marveled at her insight and empathy for the very human needs that drive us all.

I wondered how she would handle a genre so far removed from those emotions, and found to my real pleasure that the transition incorporated all those feelings and more.

To say this book is a horror/thriller would be a major understatement.

The author has taken the classic theme of  ‘Isolation’ and added new dimensions of fear.

I made the mistake of reading it whilst I was alone in the house, with the wind blowing a gale outside. By books end I was jumping at the scrape of branches on the metal roof; a common sound that normally doesn’t bother me at all.

Each character is pivotal to the plot; an essential link in the chain of unanticipated events. The author has a gift of putting the flesh on the bones (And removing it) of the Nine major players the book offers us.

Nine people … eight men … and one woman, in an otherwise seemingly empty North Sea Oil Platform named Falcon Bravo. The crew have been selected to form a cohesive team, in exchange for a great deal of money. Their brief … to repair the rig, and ready it for sale.

The company, Longdrift, couldn’t care less about their wellbeing, as long as they do the job they were being well rewarded for.

Eddie Capstan, Project Manager. The Boss man, strictly a company man. A man who appears to have no courage whatsoever.

Lawrence Brewer, PhD, Msc. A professor of psychology. On board to monitor the behavior of men and women in isolated conditions. Men and women without a real means of getting off the ‘Falcon Bravo’ rig under the 99 day mark.

Matthew Shaw; Second in command. Tall, sharp featured and very clever. With the help of the boss he hoped to go a long way in the company.

Craig McDougal ‘Spanner’ nothing he couldn’t fix, when he was sober. Given the company’s mandatory sobriety rule that shouldn’t be a problem. Should it?

Desmond ‘Daz’ Reynolds, A foul-mouthed troublemaker. He has a short fuse and is openly hostile to any authority figure. This assignment is his last chance to redeem himself in the company. Color him angry.

Lonny Dick, at six foot five inches tall, and twenty stone he is onboard strictly to supply muscle power. Runs short on intelligence.

Lydia Ellis. Paramedic, at barely five feet in height and petite, she is the only woman on board. This is her first time on an offshore oil platform She is also feisty, outspoken and resilient.

Eight men and one woman. Conflict waiting to happen?

The author could have stayed with that theme only, but she chose a different route, with the male/female tension a cleverly woven sub-plot.

Isolation can lead to behavioral changes.

Add to that a gut-wrenching fear of what began to happen around and to them and you have a recipe for a fast-paced page turner.

For below decks a malevolent entity waits. Barely alive and possessed of hearing sharper than that of any animal, all its senses fixated on one thing. Survival. Trapped below decks by a series of accidents and having lived without sustenance for over six weeks, it is weak, and very, very, hungry.

It has a name. Euterich. Now it waits, knowing that soon someone above deck would grow bored and restless. Someone would begin exploring the storage areas.
Someone would open the door.

Someone would set it free.

The methods of death used are horrendous, and the author doesn’t shy away. She shows us with sufficient detail so that we are there. Not ghoulish for the sake of it … I couldn’t look away.

One by one, Euterich takes them. For each one, a different mode of death. Euterich has a deep intelligence, a knowledge of human behavior born of his half a millennia of existence.

Euterich can feel emotion. Those emotions send him into a spiral of need.

He must have what his emotions decree belongs to him.

To reveal more would spoil the book for the reader.


The ending … ah yes, the ending. Fasten your safety belt, close all the doors, turn on all the lights, and don’t explore the shadows.

Suffice it to say that I read this book in one sitting.

I recommend this book to anyone that enjoys a fast-paced, beautifully structured read. This one is a keeper.

Will I be reading more of Lucy/Jillian's work? Count on it.

ANOTHER GREAT REVIEW: With thanks to Bill Kirton.


By
W. J. S. Kirton -
This review is from: Offshore (Kindle Edition.
One classic setting for the crime/horror genre used to be (maybe still is) the isolated country house/hotel/community cut off from the outside world by fog/rising tide/military activities and lots of variations on those themes

Offshore brings this up to date with its setting on a disused platform in the North Sea to which a skeleton crew is sent by helicopter to check it over so that the owners can sell it on. The author has obviously researched the nature of such structures very carefully and her account of the trip there, conditions on the rig and the James Bond-like complexity of its architecture and engineering is impeccable.

This doesn't mean that she gets bogged down in details because her focus is on the personalities of the various crew members. Just being out there, with minimal facilities, lots of work to do and fewer personnel than they really needed to do it is a source of stress, but the presence of just one woman as well as personality clashes add further conflicts and resentments to the tension, interpersonal and sexual.

But all of this is nothing compared with the inhuman presence that lurks, unseen and unsuspected, deep in a sealed off part of the platform. Once it's unleashed, though, crew members begin to vanish, one by one, in horrific circumstances. The creature may belong to paranormal realms but its treatment of its victims is literally visceral. Readers are warned right at the beginning of the book that it contains `very strong language throughout, scenes of horror, peril and adult content' and, if you're of a nervous disposition, you'd do well to heed the warning. The book is well-written, the action sustained and relentless and it all adds up to a very satisfying read.

Link where you can buy "Offshore" or contact the author;

A note to all the ex Taylor Street folks. I am offering to review all of your newly published novels. It matters not what method of publishing is used, be it traditional or self published. Contact me on my email ...My email address: I will read and review in the order that I receive the requests.